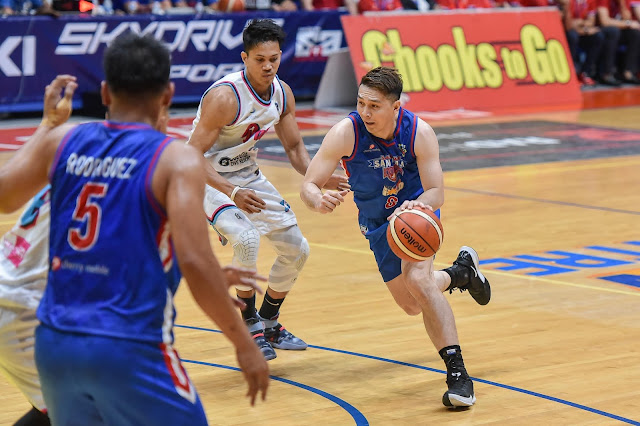 MANILA – John Wilson came alive in the dying minutes as number one team San Juan Knights escaped an upset over eighth-seeded Pasay Voyagers, 75-74, inside their home turf at the FilOil Flying V Centre on Saturday.

Wilson, who was held to only eight points prior, drills a clutch three with a minute and a half left in the game to give San Juan a commanding 74-71 lead.

After a Jhonard Clarito game-sealing split free throw, Ronnel Lastimosa decided to beat the buzzer for Pasay and trim the lead to just one at the endgame, still in San Juan’s favor.

It was Wilson’s late game surge that prevented the upset, scoring eight straight points for the Knights’ 12-0 fightback to reclaim the lead at 67-64.

The all-star bagged 11 points in total on 3-of-11 shooting along with eight boards and three steals.

Teammate Mike Ayonayon led the Knights with his 15 markers on 6-of-10 from the field with two rebounds, five assists, two steals and a block.

Axel Iñigo meanwhile led the Voyagers with a game-high 24 points, including 4-of-9 from beyond the arc, while tallying three boards, three dimes, and a couple of steals.

San Juan will try to win the series in Thursday at the Angeles University Foundation Gym.